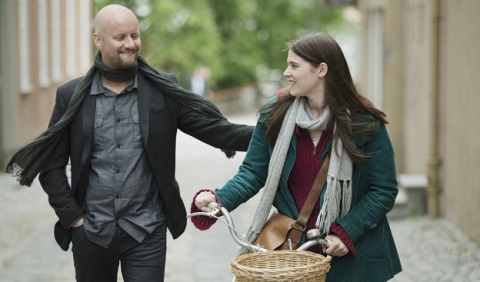 KVINNER I FOR STORE HERRESKJORTER
Norway

The movie follows three women in an almost desperate search for themselves and happiness. The somewhat uptight literature student, Sigrid, falls head-over-heels in love with a famous writer. Trine is an uninhibited performance artist in the midst of her big break; that is why it is highly inconvenient that she is heavily pregnant to an absent curator. Luckily, Trine meets the stout timber worker Agnes, who thinks she`s about to die and wants to contact the son she once gave up for adoption.


Born in Norway in 1974, she studied anthropology and media. Directed documentaries such as DumDum Boys - 5 Men, 5 Songs (2005) and miniseries for youth and children. She has been working at the Norwegian Broadcasting Corporation (NRK) since 1997. Women in Oversized Men`s Shirts is her first feature film.