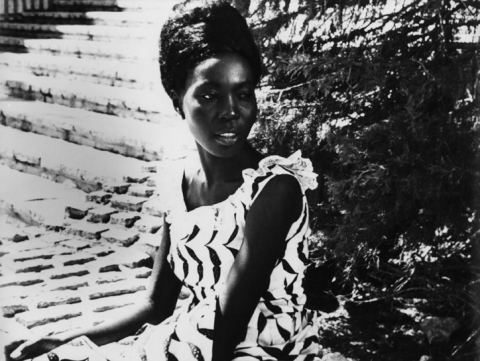 Diouana is a young girl from Senegal who is taken to Antibes, in France, by a French couple. She believes that she will work as a governess for the couple’s children. However, she is forced by her employers to work as a servant, without pay. Diouna soon realizes the discrepancy between the reality of her life in France and her old dreams about the European country.


Born in Senegal in 1923. He started his career as a writer in 1956 with the novel Le Docker Noir. In 1961, he started his studies at VGIK, in Moscow, where he also worked at Gorky Studios. After returning to his home country, Sembène directed the documental short L`Empire Sonhrai (1963), followed by Niaye (1964). His first feature was Black Girl (1966). He also directed The Camp of Thiaroye (1988, 13rd Mostra) —made in partnership with Thierno Faty Sow and awarded at the Venice Film Festival— and Moolaadé (2004, 29th Mostra), winner of the Un Certain Regard section in Cannes. Died in Dakar in 2007 at the age of 84.