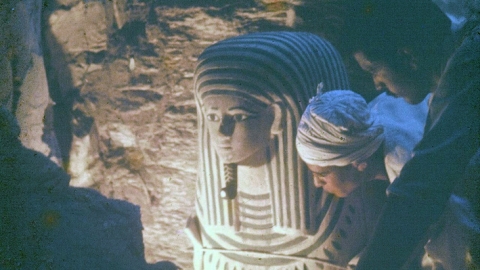 THE NIGHT OF COUNTING THE YEARS

THE NIGHT OF COUNTING THE YEARS

In 1881, on the eve of the British colonial conquest, it is revealed that members of an Egyptian clan are looting an archaeological site in order to sell the mummies and relics found in the tombs on the black market. Based on a true story. 
Born in Alexandria, Egypt, in 1930, he graduated in architecture from the Cairo University. In 1956, he went to England to study theatre. With the support of the Italian director Roberto Rossellini (1906-1977), with whom he had made contact in 1967, Salam made the feature The Night of Counting the Years. He is also the director of the short movie The Eloquent Peasant (1969). Died in Cairo in 1986 at the age of 56.