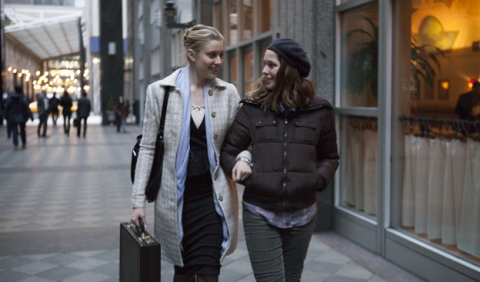 Tracy is a lonely college freshman in New York, having neither the exciting university experience nor the glamorous metropolitan lifestyle she envisioned. But when she is taken in by her soon-to-be stepsister, Brooke —a resident of Times Square and adventurous gal about town— she is rescued from her disappointment and seduced by Brooke`s alluringly mad schemes.