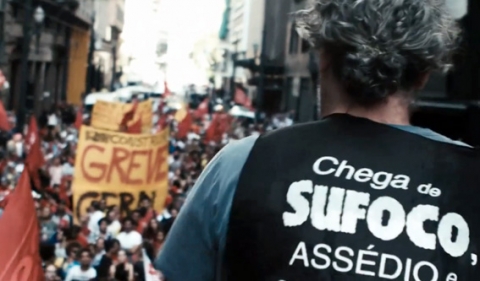 A portrait of the city of São Paulo through the life of four of its inhabitants: an economist and analyst of the financial market, a metallurgist who works at Volkswagen, a motorcycle courier and a railway worker. Each character calls attention to one aspect of the economy in a period of social tension: the three weeks before the start of the soccer World Cup. The director creates the movie by observing the daily life of the characters, without making interviews or commentaries. Future June aims to reflect on this historical moment and on the ways that the current economic model determines social and human relations.