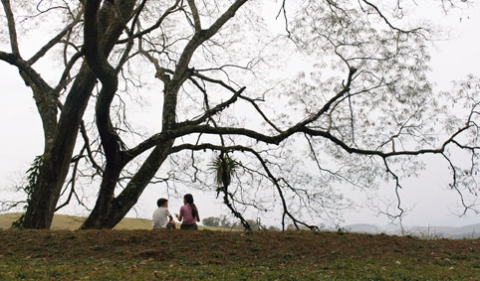 The story of a father and his two sons, Kelton, 13, and Serino, 15, living on a little piece of land in Minas Gerais. The boys’ mother no longer lives with them since she melted with love, evaporated and is now gone. While the man dreams of his wife’s return, he takes care of their children with a watchful eye, worried that both have inherited his mother’s gift. But Serino is dry and cries grains of sand, and Kelton, after falling in love for the first time with a circus girl, liquefies.


Born in Rio de Janeiro in 1969, he studied filmmaking and scriptwriting at Estácio de Sá University. In 2000, he directed his first short films O Apito and As Mil Mortes do Cavaleiro. He is also the director of the documentary A Morte Inventada - Alienação Parental (2009). The Dionti Family is his first feature.