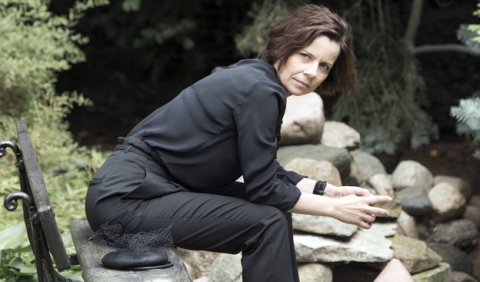 THESE DAUGHTERS OF MINE

THESE DAUGHTERS OF MINE

A 40-year-old actress (single and strong, yet lonely), her sister (an emotionally unstable schoolteacher whose married-with-kids life appears more orderly) and their domineering father, who gradually loses control over his family due to his wife`s sudden illness and his own health troubles. These are the three individuals at the heart of this film, a story about the strength of family ties in a situation of imminent danger.


Born in Poland, she worked as a journalist before becoming a screenwriter and director. Studied filmmaking in Prague and Japanese in Warsaw. Directed the feature film Hel (2009). These Daughters of Mine is her second fictional feature film.