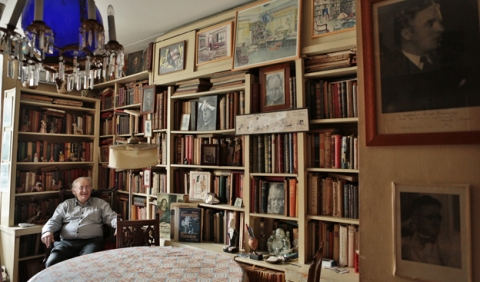 In the Russian capital, a man fights for his vision of cinema; he sees it as a way towards a better society. The movie is a cinematic journey through the world of Naum Kleiman, former director of the Musey Kino, Moscow’s museum of cinema, an expert in Sergei Eisenstein and a film historian. Like a collage, the documentary combines excerpts of classic films with interviews and a portrait of contemporary Moscow.


Born in California, USA, she lives in Tel Aviv, Israel. Studied visual anthropology with Jean Rouch in Paris and film direction at New York University and at the University of Television and Film of Munich. Since 1990, she has worked as a director and screenwriter for television and internet formats. Made her first feature film, Georgian Lovesong, in 2004. Cinema: A Public Affair is her second feature film.