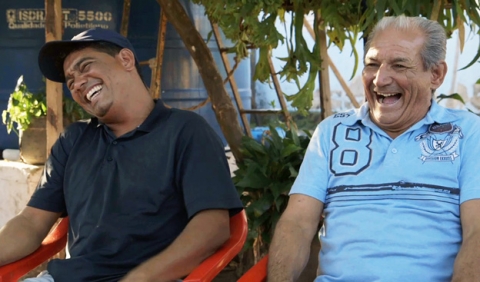 A film crew travels to inner Brazil in search of the best “piadeiro” —amateur comedian— of the region. We meet these characters on the streets, squares and inside bars, while they are displaying their sense of humor. Beyond being interesting characters, they have the knack of making people laugh. In this film, they each have their 15 minutes of fame —or maybe more.