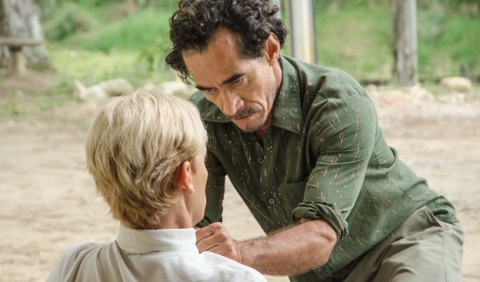 A man and his young daughter challenge the representatives of divine laws in the village where they live and go away in search of freedom. However, what could have been a life blessed with happiness becomes a labyrinth of jealousy and violence. But no god can prevent someone from being happy.


Born in Seara, Santa Catarina, in 1966, he is a director, producer and screenwriter. Graduated in journalism, he studied history of cinema in Siena, Italy, where he worked as assistant director in documentaries and TV programs for RAI 3 broadcaster. He produces, writes and directs documentaries and programs for Brazilian television. Founded Filmes que Voam, an independent production and distribution company which specializes in content for children. His first feature, Another Memory (2005), was screened at the 29th Mostra. He is also is the director of Muamba (2010).