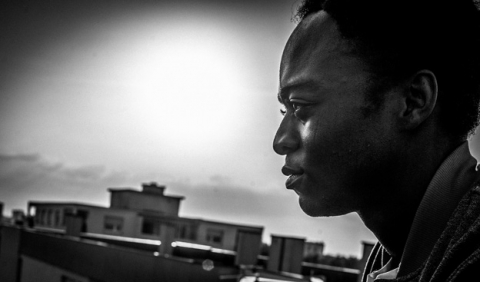 The true story of a French teenager rising out from the underprivileged suburbs through love, education and rap music. Regis is a culturally gifted boy who dreams of success for his rap group through hard work and loyalty, but he must accept drug money for the sake of his project. Discovering Islam and love, he bears the harsh loss and paybacks of delinquency, until he finds the strength to express himself through rap music and slam-poetry – and ultimately becomes a major artist of the French music scene.


Born in Paris, France, in 1975, he is an artist, poet and rapper of Congolese origin who grew up in a neighborhood of low-rent apartment buildings in Strasburg. Studied philosophy, French and Latin and in 1988 founded the rap group N.A.P. (New African Poets) with his cousin and his older brother. May Allah Bless France!, his first feature, is an adaptation of his autobiography.