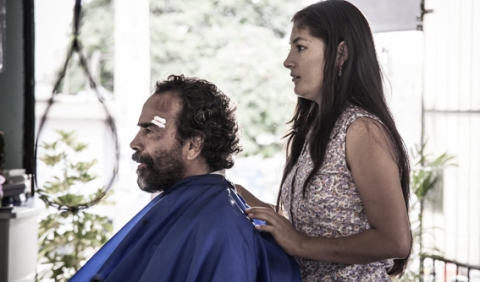 One day Magallanes recognizes the passenger in his taxi. It is Celina, a woman he met 20 years before in completely different circumstances. Hoping for redemption, he will do whatever he can to help her get through some personal problems. What Magallanes does not know is that Celina would prefer losing all she has over receiving any help from him.

Winner of the prize Films in Progress at the San Sebastián Film Festival. 
Born in Peru in 1970, he graduated in law and holds a masters degree in international relations. Starred in the film Pantaleón y las Visitadoras (2000), by Francisco Lombardi, for which he received the best actor prize at the Gramado Film Festival. Magallanes is his first feature as a director and screenwriter.