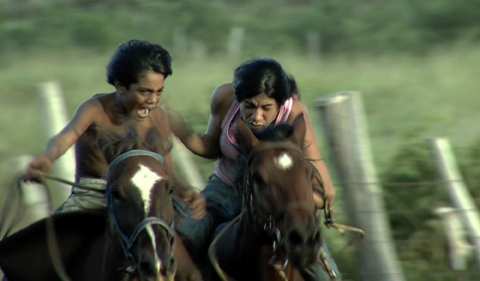 In 1993, a Hollywood production forever changed the life of the people from Easter Island. Blockbuster Rapa-Nui attracted millions of dollars to the tiny island and offered a job to every resident, but strongly modified their traditions and the image many of them held of their own ancestors and themselves. 
Started his career working as a photojournalist in Chile and studied cinematography at the University of Valparaiso, in Chile, and at the School of San Antonio de los Baños, in Cuba. He has worked as a cinematographer of video clips, ads, short and feature films. He has also directed the documentary Can Tunis (2006).


In 2001, Rivera was sent to Easter Island to work as a lawyer. He later studied documentary development in New York and attended the master in documentary and society at ESCAC, in Catalunya. He directed the documentaries En la Mirada de um Hombre Común (2007) and En Enero Quizás (2008), the latter codirected by Diogo Costa. Since 2011, he has lived and worked in Valparaíso.