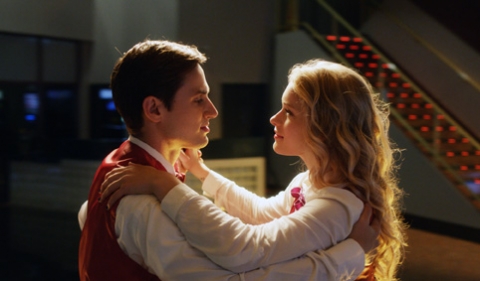 Walter believes himself to be the son of God. As such, it is his responsibility to judge whether people will spend eternity in heaven or hell. That’s a lot to manage along with his job as a ticket-tearer at a movie theater, his loving but neurotic mother, and his growing but unspoken affection for his co-worker Kendall. When one day Greg, a ghost stuck in purgatory, interrupts Walter’s daily routine, asking him for his judgement, everything comes to a halt. Greg and his shrink, Dr. Corman, help Walter to reassess the meaning of life, which may include finding a way to win over Kendall’s heart. 
Born in Seattle, she is a filmmaker, music video director and television producer. She graduated from the University of Washington and worked as an assistant for director McG. Directed the short movies Matter (2008) and Bench Seat (2011). Walter is her first feature film.