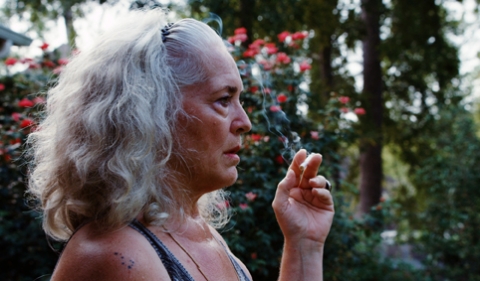 Following a prolonged battle with addiction and self-destruction, Krisha, the black sheep of the family she abandoned, returns for a holiday celebration. But what begins as a moving testament to the family’s capacity to forgive soon spirals into a deluge of emotional bloodletting, as old wounds are torn open, and resentments are laid bare. 
Born in Houston in 1988. Exhibited at the Critics Week of the Cannes Film Festival, Krisha, his first feature film, is based on a short movie he directed in 2014.