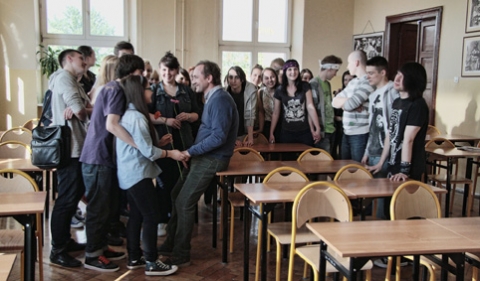 Kacper, a beloved history teacher, begins to lose his sight. The medical diagnosis leaves little hope: due to a genetic disorder, the chances are high that he’s facing permanent blindness. Initially heartbroken, he attempts to hide his health problems from his bosses because his main desire is to keep his job and to help his students prepare for the final exams. The only person knowing about Kacper`s secret is Wiktor, his best friend.


Born in Poland in 1969, he graduated from Lodz Film School. Director and scriptwriter, Lusiński also writes songs. In 2009, made his directorial feature debut with The Pixels. Carte Blanche is his second feature film.