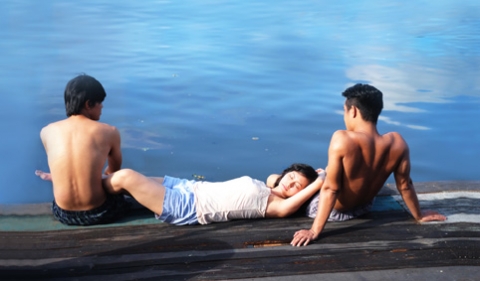 Saigon, early 2000’s. Vu, a photography student, has just arrived in town. Immediately attracted to his roommate Thang, a bouncer and low-level drug dealer, Vu starts following him on his escapades through the city’s nightlife, where he discovers a whole new world. He soon also meets Van, a female dancer who maintains a casual relationship with Thang. The three of them develop an increasingly ambiguous friendship. One night, they are involved in a fight and forced to flee to Vu’s native village. There they are warmly welcomed by his father, who seizes the occasion to introduce Vu to the wife he has chosen for him.