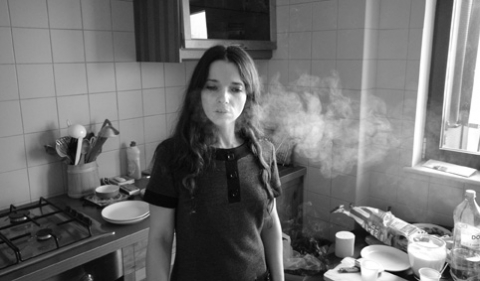 SELF-PORTRAIT OF A DUTIFUL DAUGHTER

SELF-PORTRAIT OF A DUTIFUL DAUGHTER

Cristiana is a 30-year-old woman brought up in a proper bourgeois family. Her time is split between writing her doctorate, conversations with two friends and dates with Dan, a married man with whom she is romantically involved. When her parents move out and leave her with the family apartment, Cristiana decides to do something that she wanted ever since she was a child: get a dog.


Born in Bucharest, Romania, in 1978. Studied psychology and directing. After graduation, she worked as a script supervisor and assistant director for short movies, commercials and TV series. Self-Portrait of a Dutiful Daughter is her first feature film.