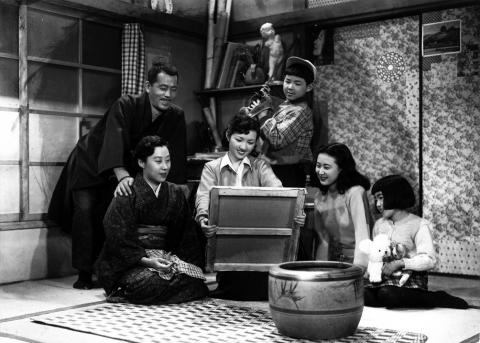 Even with four children, the Uemura family is able to live a modest but happy life in their cramped, rented flat. The parents support the two elder daughters’ artistic ambitions, using all the means at their disposal to make it possible for Tomoko to paint and Nobuko to sing in a choir. There is much rejoicing when the father is honoured for 25 years of service at his company and awarded a cash prize to boot. Yet the family must make the painful discovery that joy and sorrow are often not far apart: the Uemuras learn that they will have to leave their home.