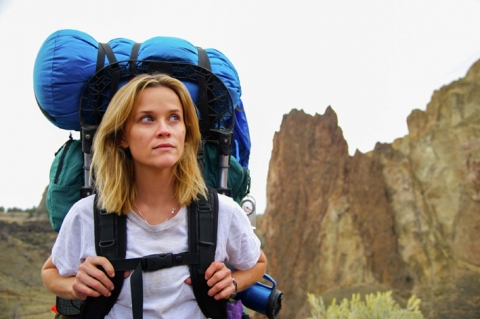 After her mother’s tragic death from cancer, 21-year-old Cheryl Strayed soon falls into a path of self-destruction, ruining her marriage and leaving her addicted to drugs. Years later, wanting to leave her dark past behind, she embarks on a life-changing 1,000-mile hike along the Pacific Crest Trail. Based on Cheryl Strayed`s memoir Wild: From Lost to Found on the Pacific Crest Trail. 
Born in Montreal, Canada, in 1963. He studied cinema and directed his first film in 1992 - a short film, Stéréotypes. He also directed two other short films, Les Fleurs Magiques (1995) and Les Mots Magiques (1998), both awarded prizes in different festivals. His first feature, a drama, Liste Noire, is from 1995. He also directed a western, Los Locos (1997) and a thriller, Loser Love (1999). C.R.A.Z.Y. was judged the best Canadian film at the Toronto Film Festival, was awarded the special prize from a young jury at the Gijón Film Festival and shared the Prize from the Public at the AFI (American Film Institute) Fest, all of these in 2005. The film was also awarded ten out of the twelve 2006 Genie Prizes (the Canadian Oscar) for which it was indicated: for film, directing, actor (Michel Côté), supporting actress (Danielle Proulx), original script, editing, sound, sound editing, art directing, and costume design.