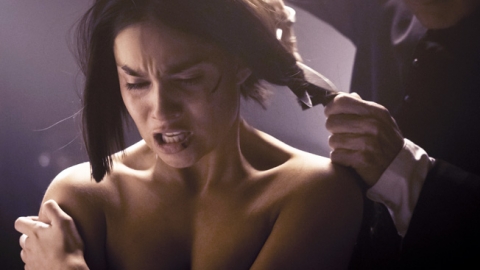 Red Crow Mi’kmaq reservation, 1976. By government decree, every native child under the age of 16 must attend residential school. That means imprisonment at St. Dymphna`s and being at the mercy of "Popper", the sadistic native agent who runs the school. At 15, Aila is the weed princess of Red Crow. Hustling with her uncle Burner, she sells enough dope to pay Popper her "truancy tax", keeping her out of St. Ds. When Aila`s drug money is stolen and her father Joseph returns from prison, the precarious balance of Aila`s world is destroyed. 
Born in 1976 in a Canadian Mi`kmaq reservation, he a writer, artist and filmmaker whose work deals with post-colonial natives. His short films include From Cherry English (2005), The Colony (2007) and File Under Miscellaneous (2010). Rhymes for Young Ghouls is his first feature film.