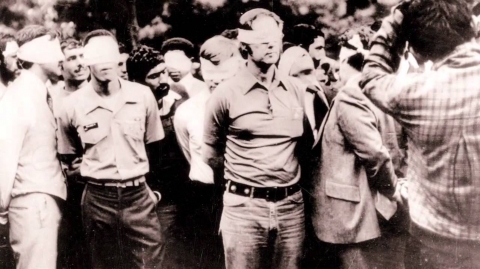 OUR MAN IN TEHRAN

OUR MAN IN TEHRAN

OUR MAN IN TEHRAN
Canada

In 1979, the Iranian Revolution erupted. During this upheaval, the US Embassy and its personnel were seized by militants, while six diplomatic personnel managed to escape and find refuge courtesy of Canadian Ambassador Ken Taylor. The events of that crisis are told as Canada found itself in the midst of an international intrigue that defied all conventional understanding. All of this culminated in the Canadian government devising a way with CIA assistance to smuggle the fugitives out in a risky operation during a dark time in American history.


A producer and director, he produced for Canadian TV the series The Agenda with Steve Paikin and the theatrically released Behind the Dress (2014), a documentary on beauty pageants.