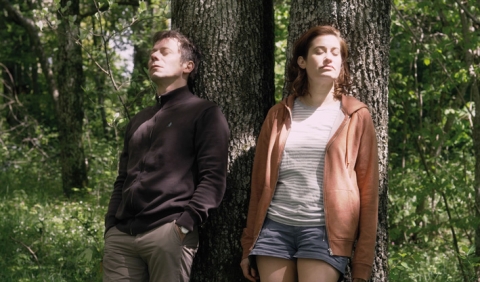 Their grown-up son has left home, the draw in her office desk is full of ants, and her husband runs off after the bus leaving her standing on the street. Pomme’s life has become a series of disappointments. Over the years, Pomme and Pierre have drifted apart and their relationship, though not yet dead, is no longer really alive. Even their attempt to drink champagne together fails when the bottle explodes in the freezer. They are out hiking together one day when Pomme suddenly decides to stay behind in the forest, alone.