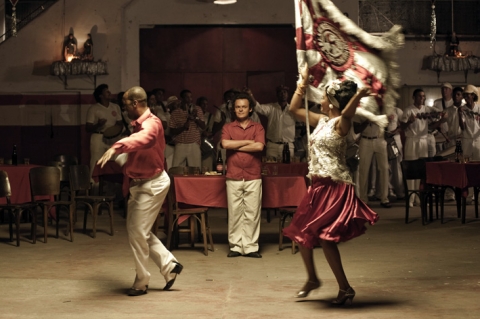 The trajectory of Joãosinho Trinta, a self-taught artist who leaves São Luís to be a dancer in Rio de Janeiro. In 1974, filling in for Fernando Pamplona in the parade of the Acadêmicos do Salgueiro, he discovers his true talent and becomes a carnival dancer. His work revolutionized the Rio de Janeiro carnival and affirmed Joãosinho Trinta as one of the most innovative Brazilian artists of all time.


Born in São Paulo in 1973. He began his career in 1989 as an assistant director on adverts. In 1999, he wrote, produced and directed his first short film A Soccer Story, for which he received an Oscar nomination in 2001. He was co-producer, writer and editor of the documentary Filhos do Samba (2004, 28th Mostra). As a director, he also participated at Mostra with the documentary The Synthesis of a Race (2009) and with the fiction feature Natimorto (2009).