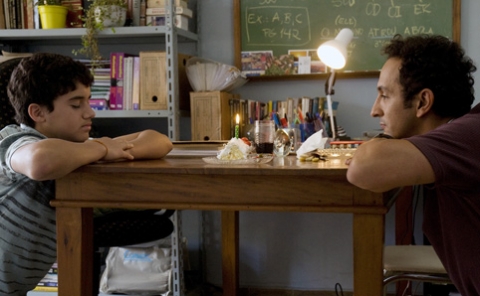 Serginho is a teenage boy caught between childhood and adulthood after his father leaves the family. Now the male figure of the house, he takes care of his mother and younger brother while also working at the market and maintaining his friendships with Mudinho and Silvinha. There is also his confusing relationship, of a sexual and affectionate nature, with Ney, a teacher old enough to be his father.


Born in Rio de Janeiro in 1958, his is first film was the documentary short Criaturas que Nasciam em Segredo (1995), awarded at Brasilia and Gramado film festivals. His second film was the medium length Favelas (1989). Mostra has screned two of his feature films: the documentary Borne With Me (2000) and the narrative Alice’s House (2007), the latter earning Carla Ribas the Jury Prize for Best Actress.