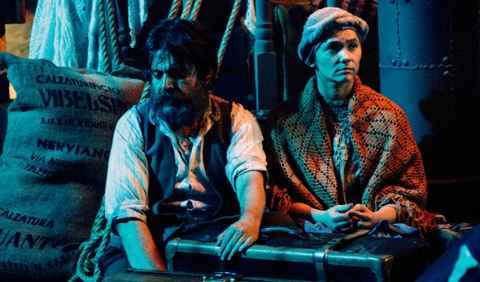 A portrait of Italian immigrants who landed in São Paulo during the last decades of the 19th century. Questions, hesitations, fears and anxieties generated by the unknown that awaits for them on the dawn of the day. People who left their land with little or no explanation of what they would find in the new country, from illiterate peasants to the early anarchists, the adventurers, the opera singers looking for new opportunities. Who were the people that arrived in Brazil and what did they know or think about the land where their future would develop?


Born in São Paulo, producer and director Ugo Giorgetti has had much experience in advertising. He moved into fiction films with Quebrando a Cara (1987), Festa (1989, 18th Mostra) and Saturday (1994). His film Boleiros (1998) won him the award for best director at the Amiens Film Festival in France. He won the APCA Prize with O Príncipe (2002). Mostra also screened his documentary Pizza (2005), the short film Paredes Nuas (2009) and the narrative feature Solo (2009).