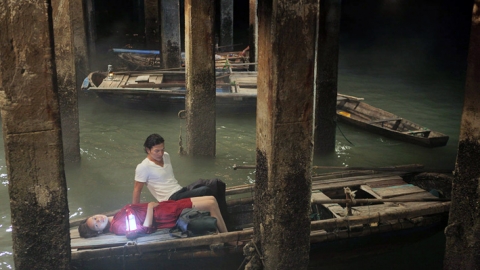 Huyen and Tung are a young couple living away from their families, in Hanoi. They spend most of their time having sex, not worried about making ends meet. Everything changes when Huyen discovers that she is pregnant. She convinces Tung that she doesn’t want to keep the baby, but how will they pay for the abortion? 
She studied at the Stage and Film University in Vietnam. She has written for television and produced the film Bi, Don’t be Afraid (2010, 34th Mostra). Flapping in the Middle of Nowhere is her first feature film.