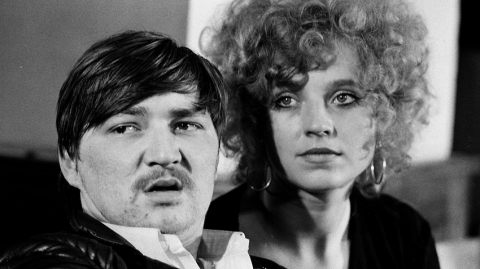 In this adaptation, Bertolt Brecht’s late-expressionist work is set in 1969. Poet and anarchist Baal lives in an attic and reads his poems to cab drivers. Rejected by bourgeois society, he roams through forests and along motorways, greedy for schnapps, cigarettes, women and men. This film adaptation, originally made for German television and pulled out of circulation by Brecht’s widow, was recently restored with permission of the writer’s family.