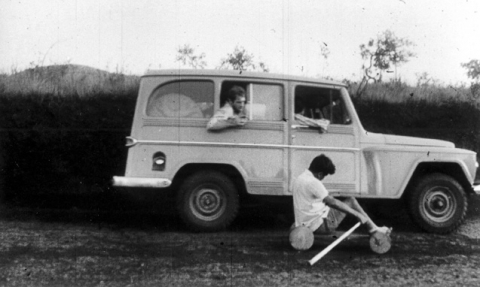 A bourgeois family consisting of four members go on a trip, discarding their material belongings and their history during it. Following the tour guide’s gestures, they take a gun and a blank cartridge with them. The guide exchanges the blanks for real bullets, causing the family members to kill each other off one by one, always due to their own malicious actions.


A participant of the unconventional udigrúdi film scene, he directed the short film O Roteiro do Gravador (1967). Sagrada Família (1970) is his only feature film as a director.