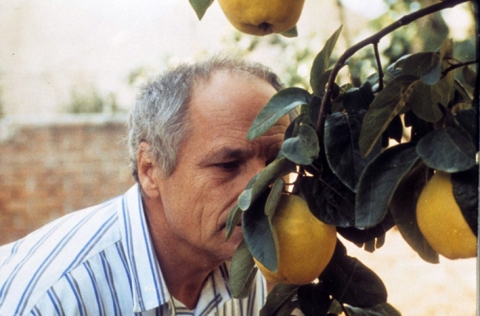 THE DREAM OF LIGHT

THE DREAM OF LIGHT

Madrid, autumn of 1990. Antonio López, a painter, planted a quince tree many years ago in his studio’s garden. Now he decides to make a painting out of it, right when the fruits begin to grow ripe. The film shows the creative process of painting, from the technical aspects to the conversations the painter has with people who visit his studio. At the end, Antonio López tells us a dream of his.