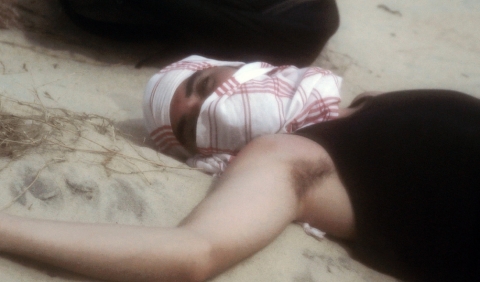 Eugenio, Joaquim and João use their voices to shout for liberty while planning a revolution through a clandestine radio station. They invade the transmissions of popular radio stations in the city of Fortaleza with poetry, music, quotes, sound archives and provocation. During a particular night, they are seen walking through the city streets in disguise, bothering the key members of the bourgeois, capitalist society. Franco, an influential businessman and music mogul, decides to destroy their ratio station at any cost. When danger begins to get near, they meet Salomé, a beautiful listener of theirs who wants to join the revolution. Her arrival can change their destiny.


Part of the Alumbramento collective, the three of them have collaborate on several projects, including the features The Road to Ythaca (2010), The Monsters (2011), At the Wrong Place (2011, 35th Mostra), all three co-directed with Guto Parente, and Clenched Fists (2014, 38th Mostra), premiered at the Locarno Film Festival. Ricardo Pretti also directed Rio Belongs to Us (2013, 37th Mostra).