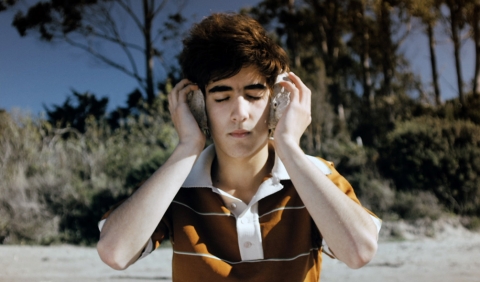 Jaime is a 14-year-old skeptical young man who dreams of leaving Punta Chucao to become a poet. One day, he discovers that everything he knows about his father is a lie. Together with Violeta, he embarks on a journey through the archipelago to find out the truth, and it is there where the line between myth and reality starts to blur.


He studied at NYU Tisch and holds a master’s degree in film production from the University of Southern California’s School of Cinematic Arts. Before Son of Trauco (2013) is his first fiction film.