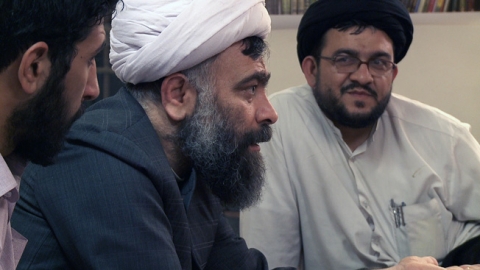 It took two years for Mehran Tamadon to persuade the four supporters of the Iranian regime to risk taking part in an experiment with him. Now he receives them as guests at his family’s country house to try out something that does not exist in Iran: a pluralistic society. The men discuss the advantages and disadvantages of a secular society, the veil, abortion, freedom of the press.


Born in Iran in 1972 and moved to France at the age of 12. Studied Architecture in Paris, graduating. In 2000, he returned to Iran for four years and worked as an architect. He directed the mid-length documentary Mothers of Martys (2004) and the documentary feature Bassidji (2009, 34th Mostra). Iranian is his second feature film.