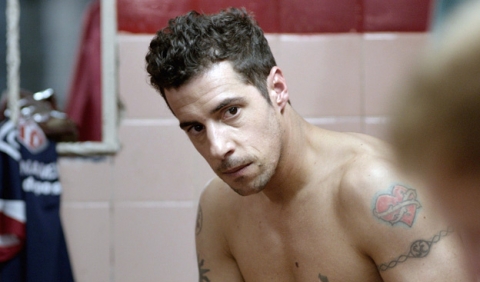 After being expelled during a C division match, Patón Bonassiolle, the captain and midfielder of Talleres de Escalada, realizes his career as a footballer has come to an end. He has played his whole life for his team, but he has seen neither fame nor fortune. Together with his wife Ale, he looks for a fresh start, but Patón needs to come to terms with the fact that he is not only saying farewell to his football career, but also to youth, while beginning adulthood.


Born in Remedios de Escalada, Argentina, in 1974, he now lives in Montevideo, Uruguay. He directed the short films 8 Horas (2005) and Total Disponibilidad (2007). His first feature film Giant (2009) received the prize for best debut film, the Jury Grand Prix and the Alfred Bauer Award at the Berlin Film Festival. El Cinco is his second feature film.