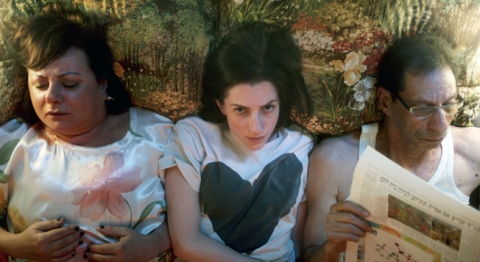 Noa left Israel years ago to move to Berlin to study. But for some time she’s been feeling low, misunderstood and alone. When a grant application for her big project, a dictionary of untranslatable words, is turned down and her boyfriend Jörg decides to audition for a role in Stuttgart, she suddenly takes herself off to Israel.


Born in Kfar Saba, Israel, in 1979, she moved to Berlin ten years ago. She studied directing at the Film and Television University ‘Konrad Wolf’ (HFF) in Potsdam. She directed the short films Berlin Diary (2006), Solamente mio - Nur meins (2011) and Zwei Männer und ein Tisch (2012). Anywhere Else is her first feature film.