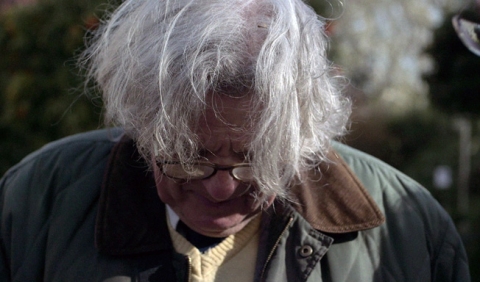 During the final stages of World War II, Chief Rabbi Benjamin Murmelstein was deported along with his family to the Terezin concentration camp, close to Prague. Appointed as the leader of the prisoners, he had the duty of representing the Nazi authorities at the location. After liberation, he was trialed for murder and later absolved. Since then, his son Wolf Murmelstein dedicated his existence to preserve his father’s memory, trying to give a more complex image to the role Benjamin had in Terezin. Capturing an intense meeting between Wolf and psychoanalyst David Meghnagi, a Shoah institute specialist in survivor psychology, the film shows the relationship between a son and his father’s memory. 
Born in Rome in 1978, he studied at the Centro Sperimentale di Cinematografia. His feature films were La casa sulle nuvole (2009), Fratelli d`Italiae (2010) and Alì Blue Eyes (2012). Wolf is his fourth feature.