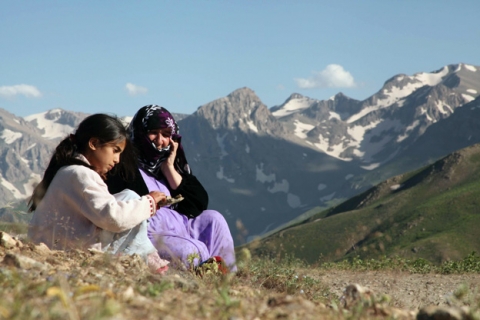 COME TO MY VOICE

COME TO MY VOICE

In a Kurdish mountain village, in the east of Turkey, Berfé and her granddaughter, Jiyan, are distressed. The only man in the household, Temo, was arrested by the Turkish military. The commanding officer has been told that the villagers are hiding weapons, so he arrested all the men and announced that they will be kept in prison until their families hand over the weapons. The problem is that there are no weapons in the village. Desperate, Berfé and Jiyan embark on a long journey in search of a gun which they could exchange for Temo. Will the old woman and her innocent granddaughter find a way out of the inextricable Kurdish identity conflict? 
Born in 1970, he graduated from the Cinema-TV Department of Marmara University, Istanbul, in 2001. His first fiction feature film, Gitmek - My Marlon Brando (2008) won a best director award at the Tribeca International Film Festival. Come to My Voice is his fourth feature film.