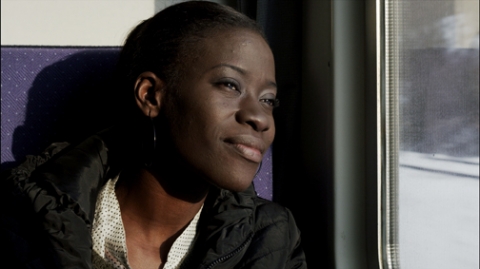 UNDER THE STARRY SKY

UNDER THE STARRY SKY

Sophie is 24 years old and leaves Dakar to find her husband, Abdoulaye, in Turin. However, he has left for New York. Meanwhile, the young Thierno is on his first trip to Africa. The fates of the three intersect and intertwine after a few disappointments and decisive encounters.


Born in Paris in 1975, she studied film at at Paris 8-St Denis University. In 2004, she directed the Remembering Paris segment for the group project Paris, La Metisse. In 2008, her short film Ousmane (2006) received a nominated Best Short Film at the César Awards. In 2009, she directed the musical short film Saint-Louis Blues. Under the Starry Sky is her first feature film.