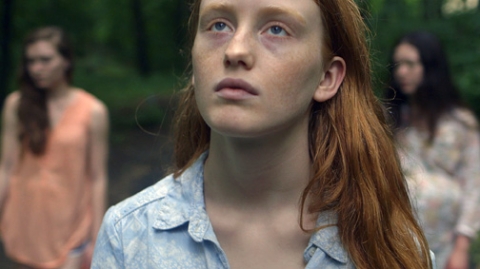 Nina, a pregnant teenager, moves into a rural halfway house for young girls in her situation. While bonding with her four other housemates, she becomes disaffected from her unemployed boyfriend Chase. Tension rises inside the house when handyman Robbie, a 30-year-old whose marriage is collapsing, begins to bond with Nina in a relationship of uncertain terms.


Born in Chickentown, Massachusetts in 1983, he studied at NYU`s Tisch School of the Arts. His filmography includes the short film Anecdote (2008) and the features The Blind (2009), Exit Elena (2012) and Soft in the Head (2013). Uncertain Terms is his fourth feature.