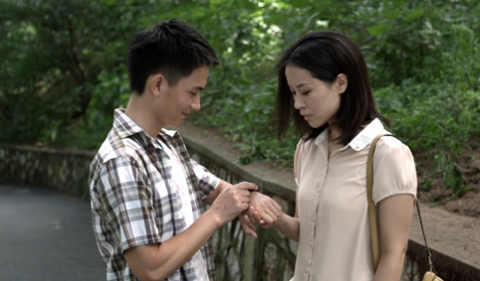 Qiuming, a young cartographer for a digital mapping company, discovers a dead-end lane that does not show up on Nanquim’s map system. Curious, he begins visiting the spot and befriends Lifen, a young woman who works in a mysterious building there. When he suddenly loses touch with her and realizes that the location has vanished from his own map, Qiuming realizes he might know too much. 
An active figure in the Chinese independent film community, she has produced Night Train (2007) and Knitting (2008). Trap Street is her directorial debut.