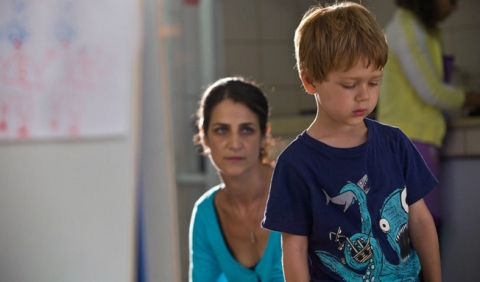 Nira has been teaching kindergarten for the last 15 years in Tel Aviv. When her student Yoav recites an effective poem on unrequited love, Nira asks the boy’s nanny where these poems are coming from. Yoav turns out to be a child prodigy who can improvise verses on the spot. Nira, who aspires to become a poet herself, decides to use Yoav’s poetry, passing it off as her own creation. However, her passion for Yoav’s talent soon turns into an obsession, with dangerous consequences.