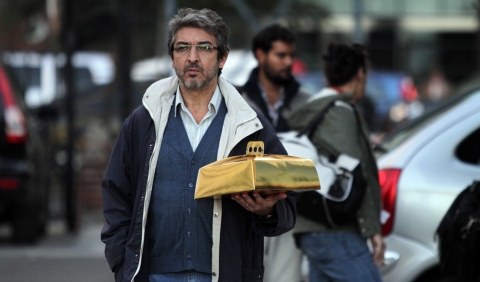 A black comedy consisting of six segments exploring the theme of vengeance. Vulnerable before a raw and unpredictable reality, the characters cross the thin line that divides civilization from brutality. Love deception, the return of the past, a tragedy, or even the violence contained in an everyday detail, are capable of pushing these characters towards the undeniable pleasure of losing control.


Born in Argentina in 1975, he created television series Los Simuladores (2002) and Hermanos y Detectives (2003). He directed the feature films The Bottom of the Sea (2003) and On Probation (2005). Wild Tales, his third feature film, coproduced by Pedro and Agustín Almodóvar, was selected for Competition at the Cannes Film Festival.