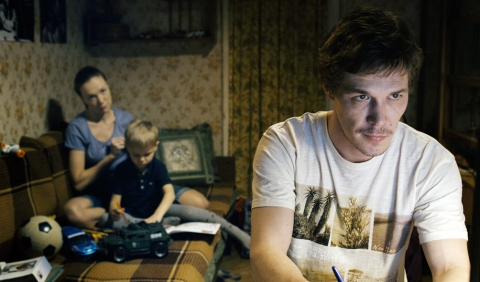 Dima Nikitin is a housing maintenance foreman from a little town. A simple man, like any other. The only feature that sets him apart is his honesty and integrity. This causes many people to label him a freak. Nikitin is summoned to a local dormitory to fix a broken pipe. Once there, he notices a huge crack and, noticing that the building is already leaning, he realizes that the structure will collapse by morning. He knows that the people living in the building have to be evacuated immediately, but who will believe him? 
Born in 1981 in Novomichurinsk, Russia. In 2005, he graduated from the All-Russian State Institute of Cinematography, where he studied acting. He directed the feature films Zhit (2010) and Mayor (2013). The Idiot, his third feature, won four awards at the Locarno Film Festival, among them best actor for Artem Bystrov.