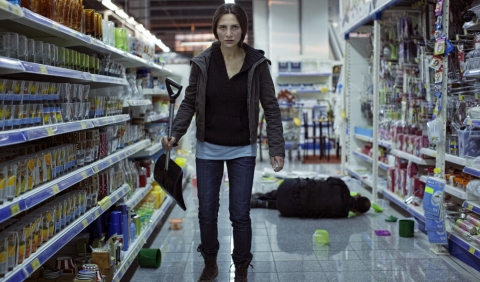 After many years of absence, young Antigone returns to a small and quiet Greek town, determined to settle down. She meets old friends, gets a job as an English teacher and even meets up with an ex-boyfriend. Her search for tranquility, however, ends up becoming a complicated task. Life is quiet there, but a surge of violence, discrimination and a collective, unspoken rule of complicity between victims and perpetrators reign. In Antigone’s last chance to change her fate, will she take action or stand aside watching? 
Born in Athens, Greece, in 1978, he grew up in Thiva and studied film at the Lykourghos Stavrakos School. His first feature film was The Way Things Are Determined (2008). Standing Aside, Watching is his second feature.