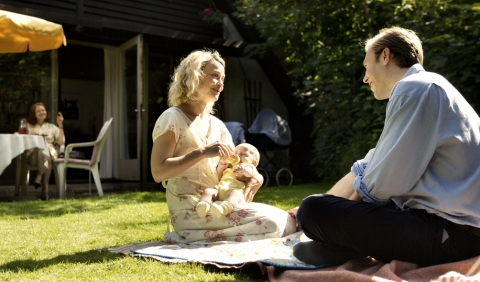 Johannes, a film director, comes home to find out that an inexplicable tragedy has occurred: his wife, Signe, an emotionally fragile woman, has killed their 9-month-old daughter Maria. He is convinced of her innocence. The situation forces Johannes to keep a cool head, to attempt to avoid his wife’s inevitable conviction. A series of flashbacks may give the key to understanding the tragedy.