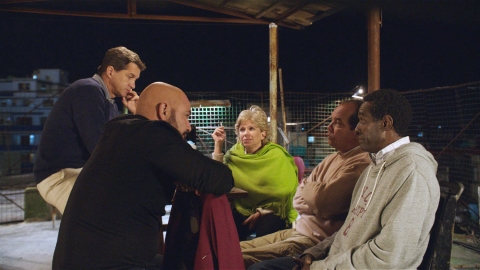 The sun is setting in Havana. Five friends are gathered to celebrate the return of Amadeo after 16 years of exile in Madrid.