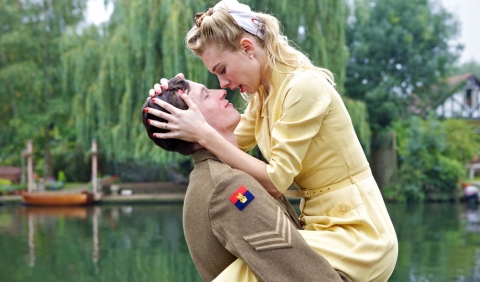 In this sequel to the acclaimed film Hope and Glory (1987), Bill Rohan is now a happy 18-year-old whose dreams are interrupted by the Korean War in 1952. While training in a military camp, he meets Percy, who becomes a good friend. The two of them soon become instructors and plot against an unbearable sergeant. While venturing into the outside world, Bill falls in love with a girl who is unattainable. 
Born in Shepperton, England, in 1933, he began working as a journalist and later joined the BBC documentary unit. After his directorial debut Catch Us If You Can (1965), he gained international prominence with his neo-noir Point Blank (1967). He won the best director prize twice at the Cannes Film Festival for the films Leo the Last (1970) and The General (1998, 22nd Mostra). He received two Oscar nominations for best director: Deliverance (1972) and Hope and Glory (1987). His other films include Zardoz (1973), Exorcist II: The Heretic (1977), Excalibur (1981) and The Tailor of Panama (2001). Mostra has also screened his film In My Country (2004).