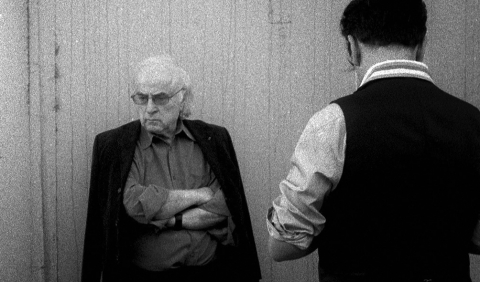 A cinematic arrangement between documentary portrait and literary text. Interwoven with the moving image and divided into 170 black and white text screens, the work of Romanian author Norman Manea is read as an attempt to have image and text question each other and respond to each other. 
Born in Germany in 1978, he worked as a freelance director, editor and cinematographer for many years. His first feature film was the documentary Of the Salamander‘s Espousal with the Green Snake (2010), followed by Jeremy Y. call Bobby O. oder Morgenthau without Tears (2012). Le Beau Danger is his third feature.