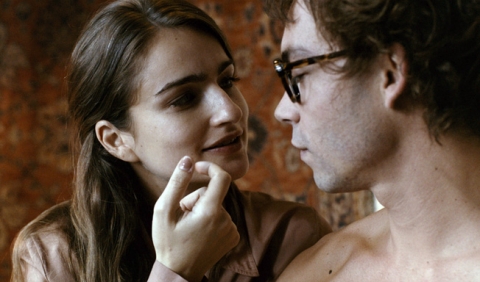 1979. Carole and Jerome are 20 years old and go on an organized trip to Odessa, behind the Iron Curtain. They are cousins, but pretend they are engaged. During the day, as simply tourists, they visit monuments and museums. In the evening, they slip away from the group and secretly meet “refuseniks”, Jews persecuted by the Soviet regime for wanting to leave the country. While Carole is motivated by political commitment and a taste for risk, for Jérôme, the real motivation behind this trip is Carole. 
She has worked as an editor on films including Julie Lopes-Curval’s Seaside (2002) and Toi et moi (2006), Valeria Bruni Tedeschi’s Actrices (2007) and A Castle in Italy (2013), and Michale Boganim’s Land Of Oblivion (2011, 35th Mostra). She also directed the short film Une cuillerée pour papa (1992). Friends from France is her first feature film as a director. 
He directed the short film Une journée entière sans mentir (1995) and worked as an editor on films including Xavier Giannoli’s Une aventure (2005) and Erick Zonca’s Julia (2008). Friends from France is his first feature film.