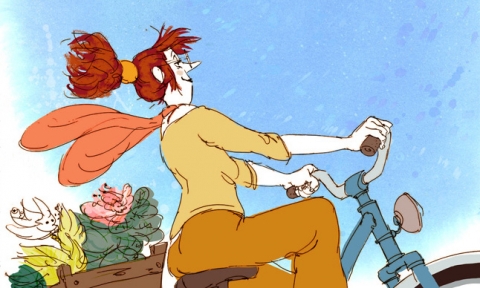 Aunt Hilda lives for her plants. She has created a museum where she preserves endangered and rare plants from all over the world. Meanwhile Attilem, a new genetically modified cereal, is launched on the market. Growing with little water and fertilizer while generating high crop field Attilem looks like an ideal solution to eradicate starvation and provide an alternative to diminishing oil reserves. But nothing is at it seems. 
Born in 1969, he graduated from the Émile Cohl Art School in Lyon and works as a graphic designer, screenwriter and storyboarder. Aunt Hilda! is his first feature film as a director. 
Born in Mars, France, in 1952. He has been writing, directing and producing animation films since 1978. He directed the animation features Raining Cats and Frogs (2003) and Mia et le Migou (2008).